Located within the historic Pico-Union neighborhood, the community requested that the building design respond to the turn of the century building type and style predominant throughout their area. With traditional reading rooms set behind a formal monumental brick and clay tile building form, the design by M2A, a specialist in historicist work, recreates a branch that looks as though it dates to the heyday of Andrew Carnegie at the turn of the twentieth century.

The 12,500-SF building is set back from the dense street trees with a decorative plaza and a short set of stairs leading to an arched entry porch. The facade features a triple arched entry porch at the center of the main mass and smaller decorative view windows at the axis of each room. Additional exterior touches include cast stone trim, eave brackets and frieze panels; clay tile roofs; and stepped brick accent details. Decorative iron medallions and grilles were designed based on Victorian as well as Central American Indian patterns.

On the interior a lobby leads through arches to a traditional book lined main reading space with a large central skylight and built-in computer work carrels. Alcoves to the sides of this central room provide intimate areas for study and reading; likewise, the children’s and teen rooms occupy their own separate alcoves. All alcoves feature views of two internal tiled courtyards that are located against the building′s perimeter walls with seating and specimen trees. Interior finishes include decorative iron signage, cast plaster ceiling grilles, coffered ceilings, dark–stained wood trim and bookcases, and stone counters. Individual colors on walls and coffered ceilings, offset by dark woods, create a visual key that helps patrons identify the function of individual spaces. 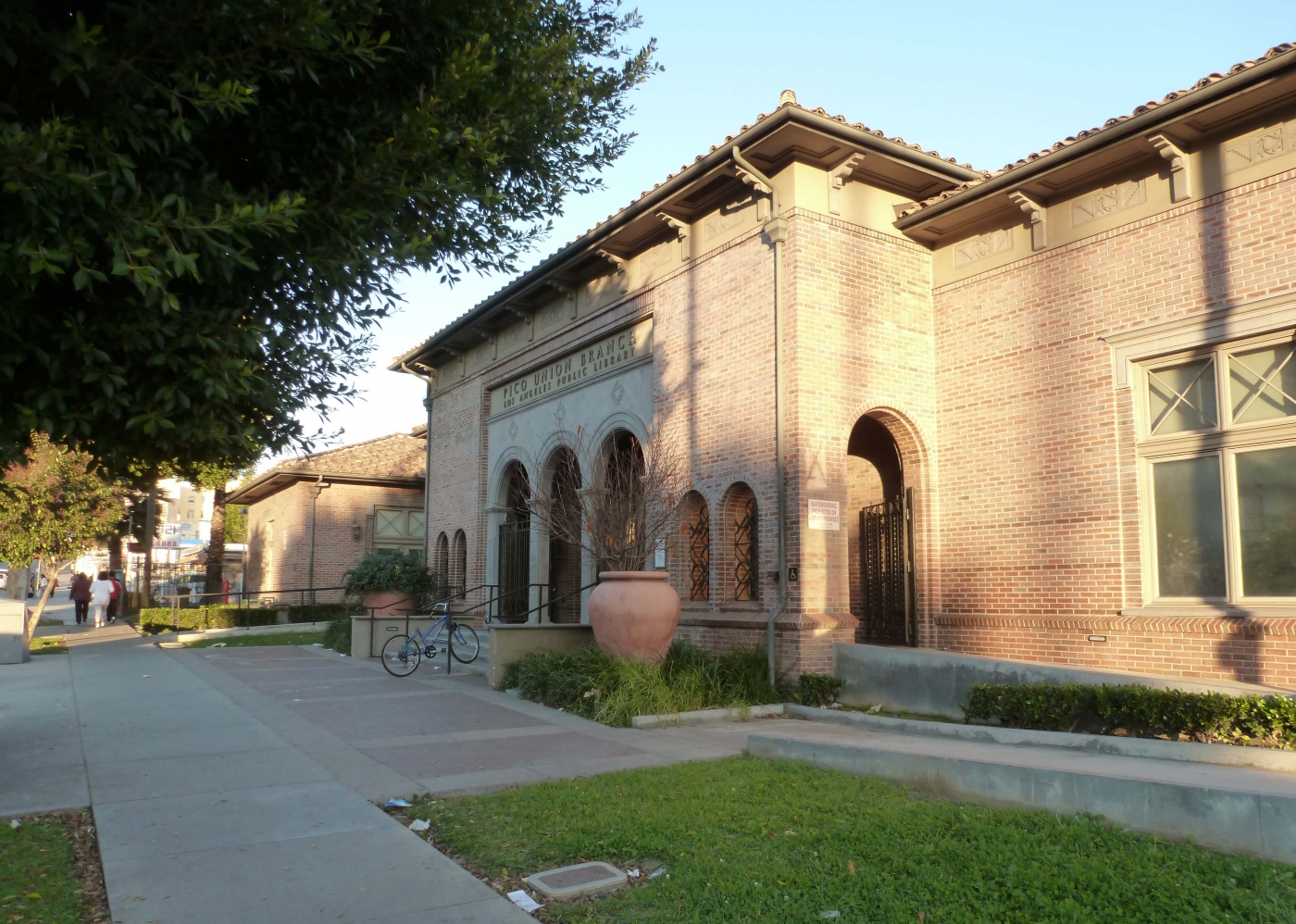 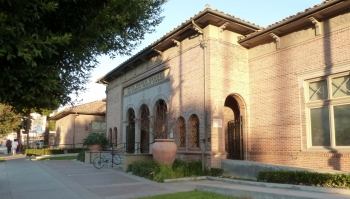 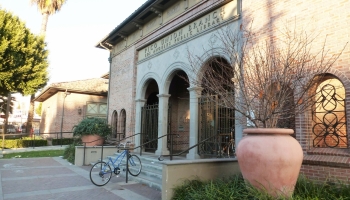 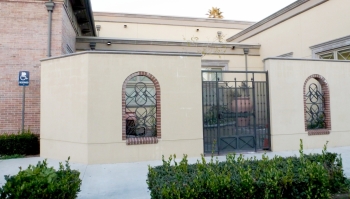 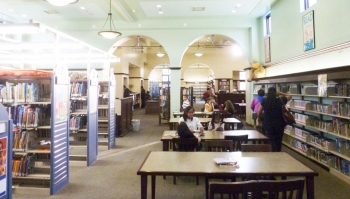 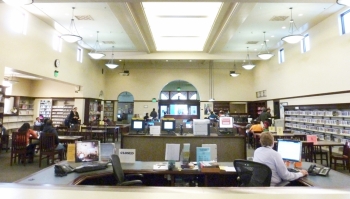